Would you know what to do, if you had to crash your aeroplane in the sea?  The Flying Reporter joins other pilots on an extreme survival course to learn new safety skills. A recent helicopter crash on New York’s East River has shown the importance of knowing what to do in the event of an aircraft ditching.  Getting out of a capsized aeroplane is harder than you might think, and once out, you need to prevent yourself succumbing to hypothermia. The underwater escape training course was conducted at Andark in Southampton, and lasted 2.5 hours.  The session started inside the HUET simulator.  The Helicopter Underwater Escape Trainer is designed to look like the cabin of a small helicopter, but is equally as realistic for pilots of fixed-wing aircraft. The participants were loaded into the HUET and strapped in.  First of all, trainees are taught how to escape from a partially submerged cabin, tilted at 45 degrees.  This involves swimming through a submerged exit.

Progressively harder escape scenarios followed, ending with a fully capsized cabin with windows attached.  For the final run, we were rotated 180 degrees, until completely upside down in the water, we had to knock out the windows, unbuckle our harnesses, and swim to safety. The course isn’t particularly hard to complete, but you need to be comfortable opening your eyes underwater, and be prepared for water going up your nose. Everyone on our course completed the exercises flawlessly.  It was amazing how realistic the scenarios were, and how disorientating it was in the capsized cabin. The consensus of the pilots participating, was that the training had made them re-think their strategies and passenger briefings for flights over water.  I will now be adding a more detailed underwater escape briefing for my passengers, for water crossings.

After the underwater escape element of the course, we donned life jackets and jumped into the pool from a high platform.  We were then shown how to stick together in the water, how to right a capsized life raft, and how to climb into it. While we did this, staff from the training facility threw buckets of water, and sprayed us with hoses, to simulate conditions at sea!  It was really hard to climb into the raft, even in these comparatively benign conditions.  I imagine this would be extremely difficult in a real life emergency.

I had an amazing experience on the course, and if you’re looking to do something different, then I’d highly recommend it.  Our session was organised by a member of the GA Aviation Community Facebook group, and it cost £199 per person.  To enquire about the course, you can contact Andark directly.  A video, featuring the course can be found below. 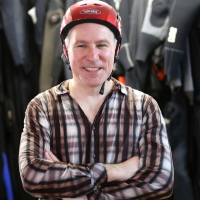 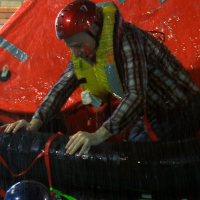 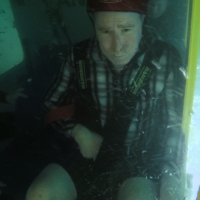 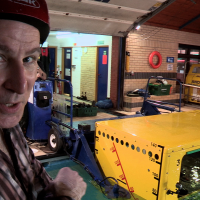 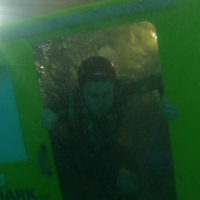 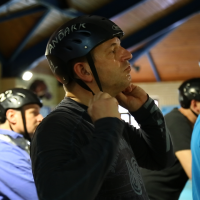 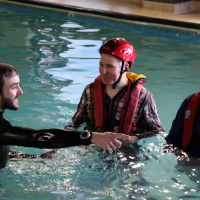 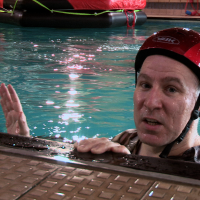 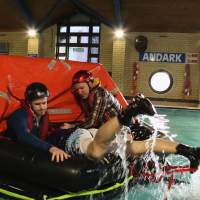 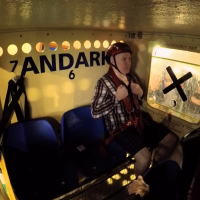 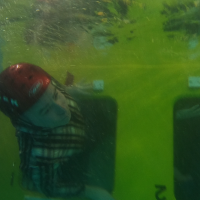 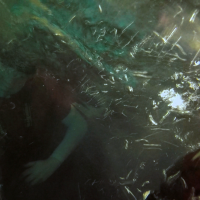 Video: How to survive an aeroplane crash on water.