There’s some big news about Golf – Oscar Romeo coming soon, my early bird subscribers can read about that already. For others, all will be revealed on Friday 2 November. 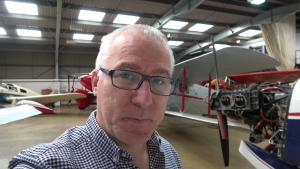 Essentially, the news relates to Oscar Romeo’s annual maintenance.  The aircraft goes into the hangar ever year, AND every 100 hours of flight to undergo a thorough check.  I flew the aeroplane from Redhill to Biggin Hill the week before last, and our engineers at Shipping & Airlines began their five day inspection and testing regime.

The instruments are checked, the landing gear examined, the engine tested and a whole host of other mandatory actions performed.  Any airworthiness directives becoming due are also complied with, for example there was an AD on the aeroplane’s landing gear struts, and rudder pedals this time.  I was planning to fly the aeroplane down to Spain last week, but owing to something that came up during the annual, the aircraft is grounded.  I flew commercially to Greece for a holiday with my son instead!

Before the aircraft was grounded, I managed to get a flight in over to Deauville with James Lee, of Buddy’s Aviation.  We took the long sea crossing over from Littlehampton, and the cloud bases were cloud low on the UK side, so it was a little unnerving at first, scooting along at 2000ft above the sea, with no land in sight.  Mid-channel, the clouds lifted, and we climbed up to a more comfortable altitude.  At the end of the day, if the engine were to fail on a long crossing like this, you would end up in the sea, regardless of altitude.  I suppose, the higher levels give you more chance of your mayday being received, more time to prepare the cockpit for ditching, and more time to try and resolve the issue before you crashed.

I was actually very impressed with Deauville Airport.  The staff are friendly, no PPR is required as far as I can make out, and there is a permanent customs station.  We were through there in minutes.   We didn’t need fuel though, and I’ve read that fuelling there is where things slow down.

During the trip, I was able to ask James some of your questions about our spring jaunt over to Croatia.

With the aeroplane grounded for the time being, you might be worried that the videos will dry up.  Do not fear, I was busy flying over the summer and there are plenty of episodes in post production.  My next video will cover the issue with the aeroplane, the Deauville trip will follow, and then I will most likely release the video from my trip over to Alderney – one of the Channel Islands. 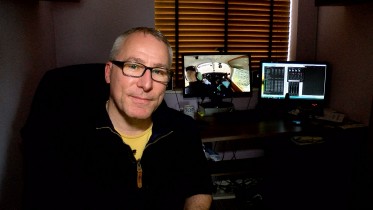