Our PA28 engine was in worse shape that we first thought.  I visited the overhaul workshop to learn more. 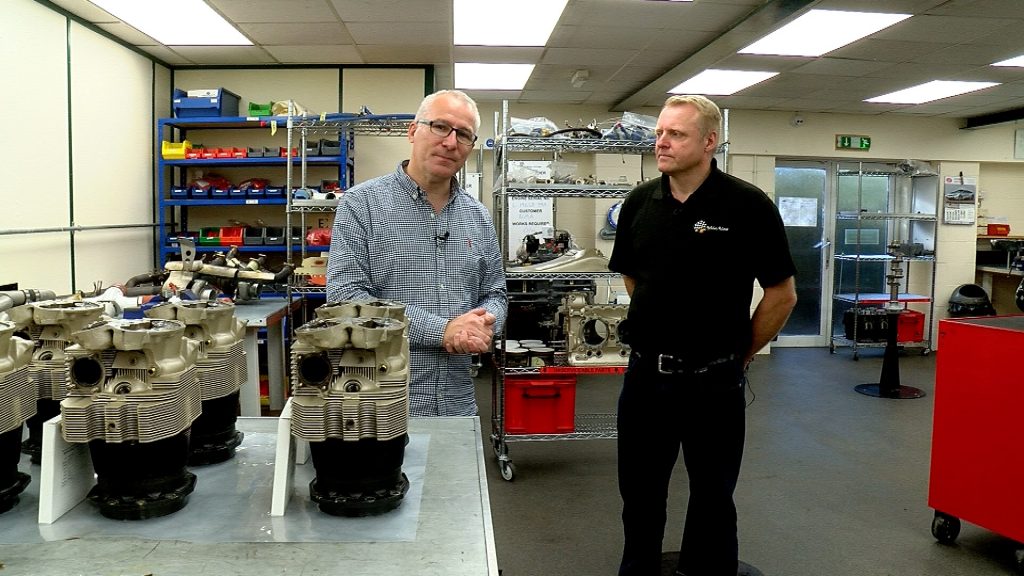 Our aeroplane was grounded last month after failing its annual inspection.  A set of low compressions was the clue, an Airworthiness Directive on the valve guides then led to the cylinders coming off, revealing excessive wear on one of the cam lobes.  The engine was shipped to Nicholson McLaren in Berkshire where they stripped it and cleaned all the parts, I met up with Dean Chamberlain who gave me his diagnosis.

Basically, corrosion is the cause, and the process usually begins if the engine is laid up for a while.  To be fair, our aeroplane usually flies at least once a week, even during the winter, so I’m not sure when the rust set in, possibly before I was even a member.  Nonetheless, it began on the tappet bodies. 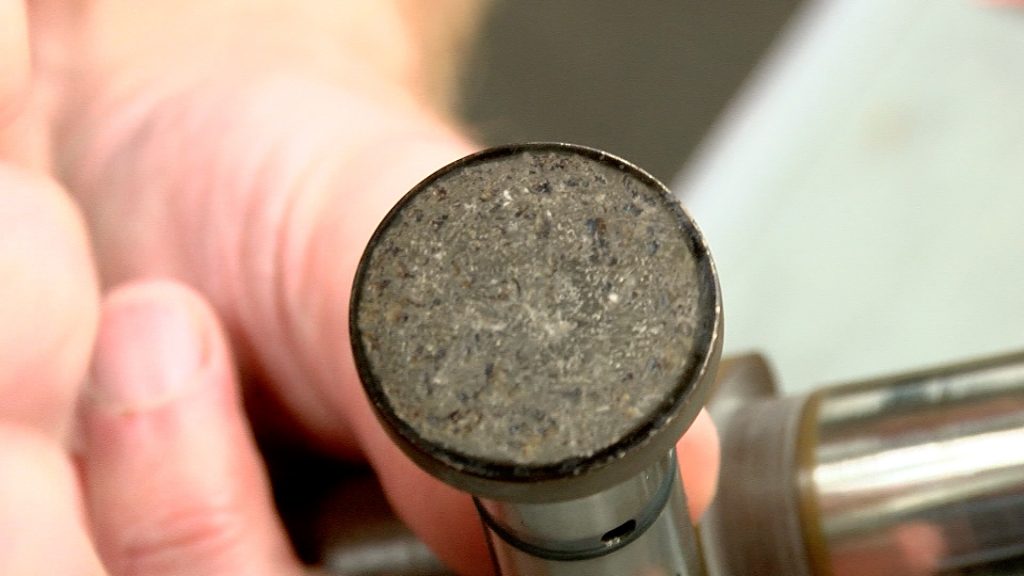 This is the worn cam lobe.  Compare it with one of the other cam lobes, and see how it is misshapen and worn down. 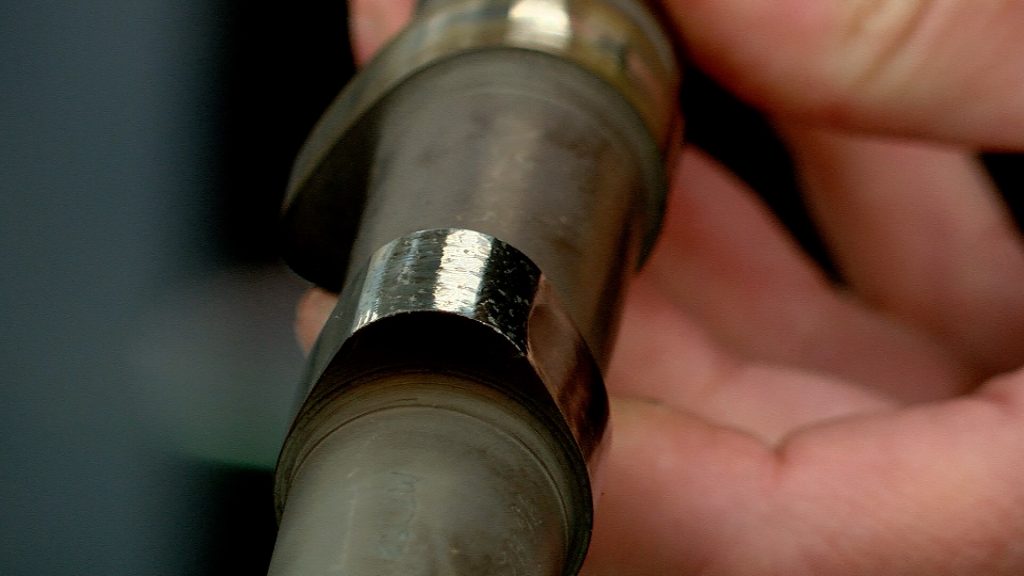 Here is one of the other cam lobes from the cam shaft, which is not so badly worn. 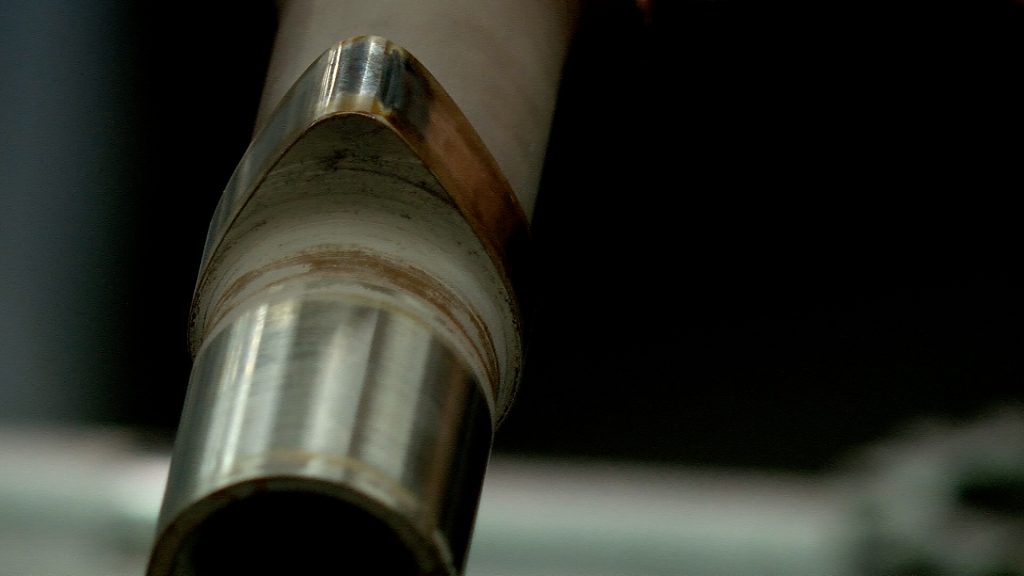 Dean Chamberlain says that damage like this can occur very quickly, usually within 50 hours.  Why Oscar Romeo succumbed now is unclear, it has been flown extensively over the spring and summer.

With the cam lobe worn down, it means that the tappet it drives does not travel its full distance, meaning that the cylinder does not receive as much air as it requires on each stroke.  The result – a reduction in engine power.

Oscar Romeo’s engine was running on condition owing to its age, and I believe that the oil filter was being removed every 50 hours of flight and checked for metal particles.  No metal was ever found.  I asked Dean why, and he said that most of the metal shed in a failing engine will embed itself in other parts. 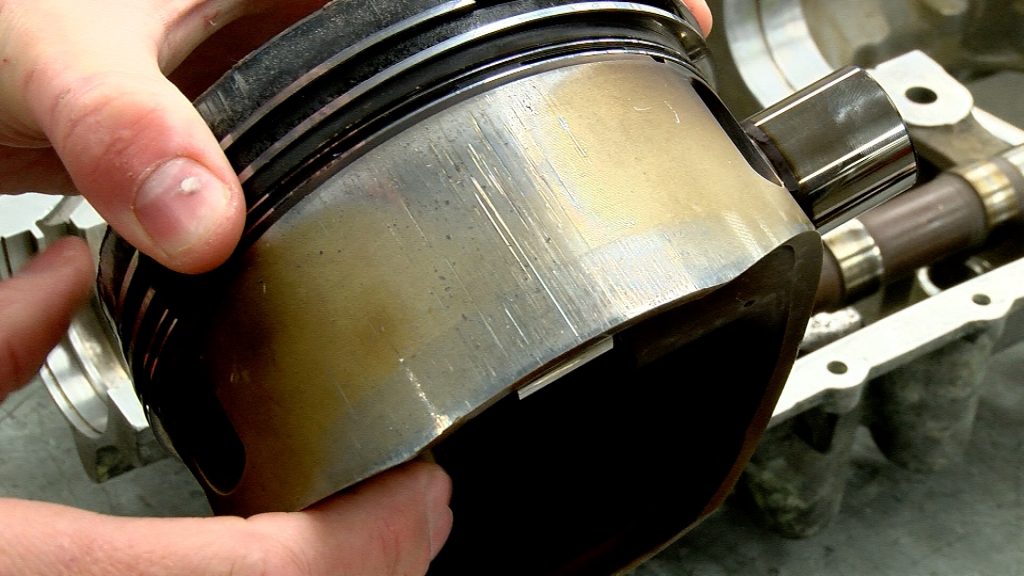 Here we can see scoring on one of the piston skirts, where metal has departed the cam lobes and tappet bodies, and scratched itself down the side of the cylinder.  The darker spots are pieces of foreign metal that have embedded themselves in the skirt.  Sadly, these are least of our problems, as the corrosion wasn’t confined to the tappets and cam lobes, it affected our crank shaft as well. 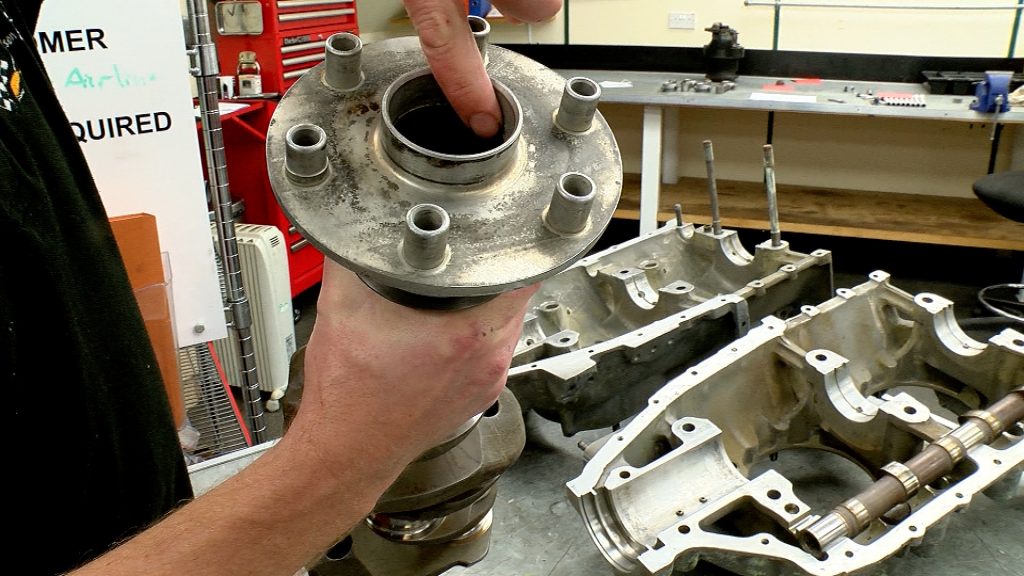 Corrosion was found in the core of the crank shaft, near the flange at the top of the shaft to which the propeller is attached.  The engine workshop has attempted to grind this down, but there are strict limits, to ensure structural integrity of the part, and unfortunately, the rust was too deep.  The part is now scrap metal.  Unfortunately, the crank case requires some work too. 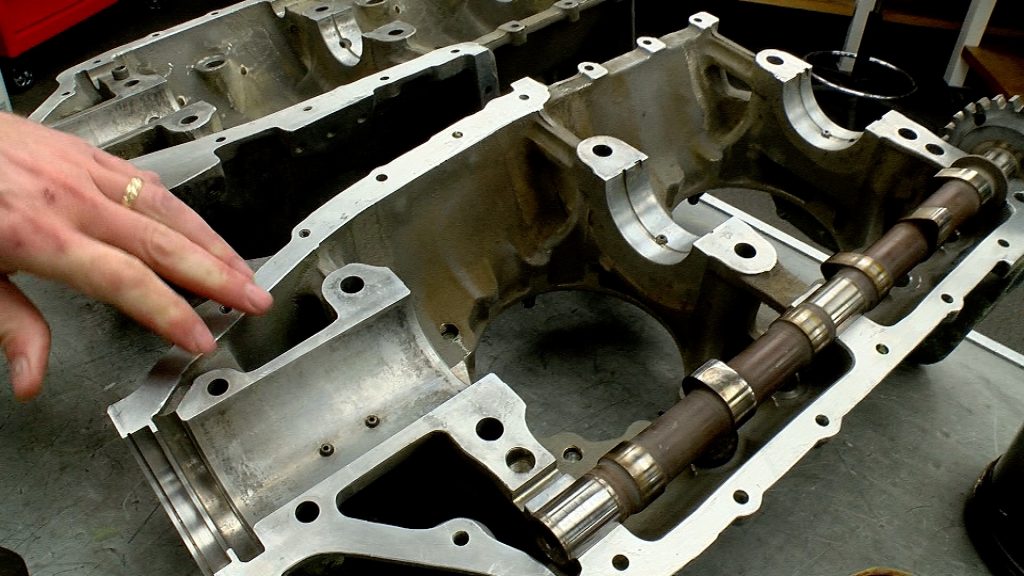 Above you can see the two halves of the crank case, but where it fits together, the metal has fretted.  In short, the part doesn’t connect together neatly anymore, and it is being sent off to the US to be skimmed and corrected.

The whole engine overhaul is going to take about two months.  I’m hoping to film as much of the process as I can.  For now, here’s Dean Chamberlain from Nicholson McLaren talking me through our damaged engine, and giving me a tour of the engine overhaul facility.